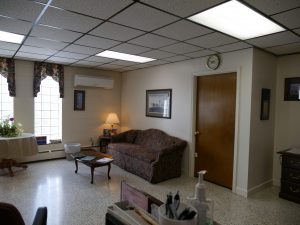 WTBI Radio has a rather amazing history. The vision for this ministry goes back to the founder, Dr. Harold B. Sightler. In 1943, without knowing much about radio, Dr. Sightler began the Bright Spot Hour radio broadcast, which continues to this day. Dr. Sightler also helped start the Greer Baptist Camp Meeting in 1947, among other ministries, and became the founding Pastor of Tabernacle Baptist Church in 1952. Tabernacle has been involved in a number of radio ministries through the years, including its own Tabernacle Hour broadcast.

In 1983, Dr. Sightler had a conversation with a fellow pastor, Charles Garrett. Dr. Sightler explained that he felt God was about to give Tabernacle its own radio station. When Pastor Garrett asked him why, Dr. Sightler responded “Because I asked Him for one.” And so it was, later that year, that Tabernacle Baptist Church was able to purchase AM 1540, at 10,000 watts. The newly-acquired station went on the air as WTBI Pickens, January 21, 1984, as an educational outreach of Tabernacle Christian School. The response from the churches and community was tremendous, far surpassing expectations. Numerous churches and preachers soon began broadcasting on WTBI. 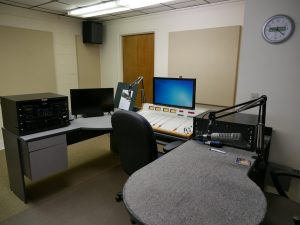 God continued to bless, and WTBI applied for an FM frequency, 91.7, in 1990. This was soon granted, and a new station, WTBI FM Greenville, went on the air early in 1991 (as an extension of Tabernacle Baptist College). Originally, the FM station began broadcasting from seven in the morning until midnight, at 3,600 watts.

Following Dr. Sightler’s homegoing late in 1995, Tabernacle Baptist Church called Dr. Melvin Aiken as Pastor. Early in 1996, Dr. Aiken appointed Dr. Charles Garrett as General Manager of WTBI. Dr. Garrett was able to use his extensive radio experience to improve & expand the the ministry and to capitalize on new opportunities. Later that year, Dr. Aiken and Dr. Garrett were approached by two men: Evangelist Dean Shook and Pastor Randy Barton. These men wanted to conduct a fund-raising Share-A-Thon for WTBI AM and FM. After a while this was agreed to, and "Share-A-Thon 96" took place in November of that year. According to many testimonies, the blessings of the Share-A-Thon were too numerous to count!

Since then, WTBI has hosted a Share-A-Thon every year. This has helped considerably in enabling WTBI to achieve many much-needed goals. Some of these include the ability to broadcast twenty-four hours a day on FM, since 1997. In 1998, WTBI began broadcasting, or "streaming", over the Internet reaching out to people around the world. In April of 2001, an "Emergency Share-A-Thon" was hosted to raise funds for a new AM transmitter (the original transmitter had been operating since 1967!). 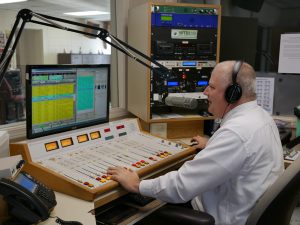 Early in 2004, WTBI was informed that a different FM frequency, 91.5, was available. This frequency, if acquired, would enable WTBI FM to increase it’s power to 22,500 watts! This was quickly applied for and a permit was granted in December of that year. In December 2007, WTBI FM began broadcasting on the new 91.5 frequency with the increased wattage. In that same month, WTBI began utilizing "digital radio", which opens up tremendous new possibilites. Most likely, the future will hold many more opportunities for radio outreach. Continue to pray for WTBI, as these stations continue “sending forth the Gospel in sermon and in song!”

Add WTBI to your Homescreen!